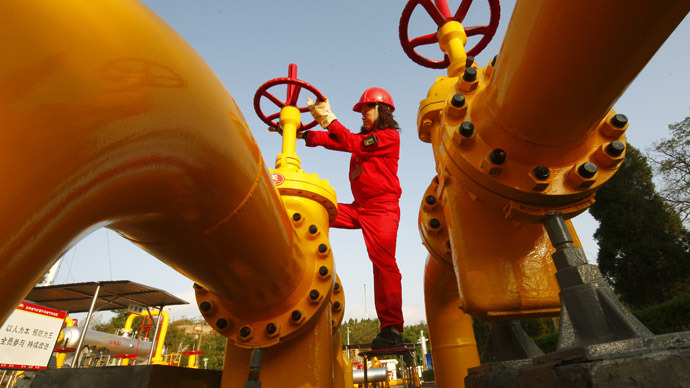 Bakken Shale and Beyond ….

North Dakota’s Bakken Shale region is really producing some oil. Quite the honey hole if you will. The US Energy Information Administration recently reported daily oil production of that area alone to hit 1 million barrels a day average this month. Oh, and the buck certainly is not stopping there, nor is it expected to any time soon. Producers say there is also plenty more profitable growth anticipated too.
If an investor were to want in on this crazy market, I do have a couple of suggestions. If you were looking for a pure Bakken Shale opportunity there are two companies you might want to look at. These guys are focused on growing their oil production in that particular area and they are Kodiak Gas & Oil (NYSE: KOG) and Oasis Petroleum (NYSE: OAS).

Kodiak Oil & Gas is a smaller up and coming company, who has currently leased 192,000 net acres in Bakken Shale and also have prospective area in the Three Forks Formation as well. Right now Kodiak Gas & Oil produces 30,000 barrels of oil a day but they are spending $1 billion a year to grow their business into a top oil player of this area. With its current oil production and its proven oil and gas reserves growing annually by triple digits it’s safe to say they must have a handle on what it is they are doing. Realistically speaking it might be hard for these guys to continue to grow in such leaps and bounds but you can expect a very solid growth and return for quite a few years to come.

Oasis Petroleum is a much larger company, at least in land position alone, with a dominating 492,000 net acres in the Bakken Shale boom. This quarter they have managed to produce 46,000 barrels of oil per day and also plan to invest $1 billion this year to ensure continued growth. The main difference between these two is that Oasis Petroleum’s cost to drill is dramatically less than that of Kodiak Gas & Oil. The reason being is that Oasis also owns a well service business which obviously keeps their costs much less than that of its competitors. Oasis also chooses not to use 100% ceramic proppants.

Another way to get in on the Bakken Shale regions big oil boom would be to look at a diversified producer. Not only will your investment be safer but you will also have the opportunity to see other alternatives and be able to ‘see’ how each opportunity is performing. Two players that seem on top of this diversified game would be Continental Resources (NYSE: CLR) and Whiting Petroleum (NYSE: WLL). The only reason these guys would be considered any less risky is simply diversification.

Continental Resources is clearly top dog of Bakken Shale, as well as top lease holder with an impressive 1.2 million net acres. Of course more land these guys are producing 94,500 barrels of oil every day as well as spending double that of Kodiak Gas & Oil or Oasis Petroleum in ensuring that they do stay king. Besides Bakken Shale they also have a part of the Scoop Oil Play another emerging market found in Oklahoma, where 25% of their 2014 capital budget came from.

Whiting Petroleum currently has 730,000 net acres yet to be developed in the Bakken Shale region as well as additional prospectus in the Colorado Niobrara. Recently they have announced plans to accelerate their Redtail Prospect development in lieu of their recent findings. Many heads are turning to watch as the Niobrara area is expected to be the next big boom.

With all of the solid options out there anyone looking to ride this Great American Oil Field and has the money to do so, there are really a land of opportunities available where your only restriction may be by your personal preference or choice.

Today here in the US, our energy market consumption is... END_OF_DOCUMENT_TOKEN_TO_BE_REPLACED

#1 Biggest Trend in the US fuel industry is the... END_OF_DOCUMENT_TOKEN_TO_BE_REPLACED

Petroleum could be the world’s most important commodity. Petroleum is... END_OF_DOCUMENT_TOKEN_TO_BE_REPLACED

Small or starting investors should take a look at oil... END_OF_DOCUMENT_TOKEN_TO_BE_REPLACED

Petroleum Engineering - The Job of the Future?